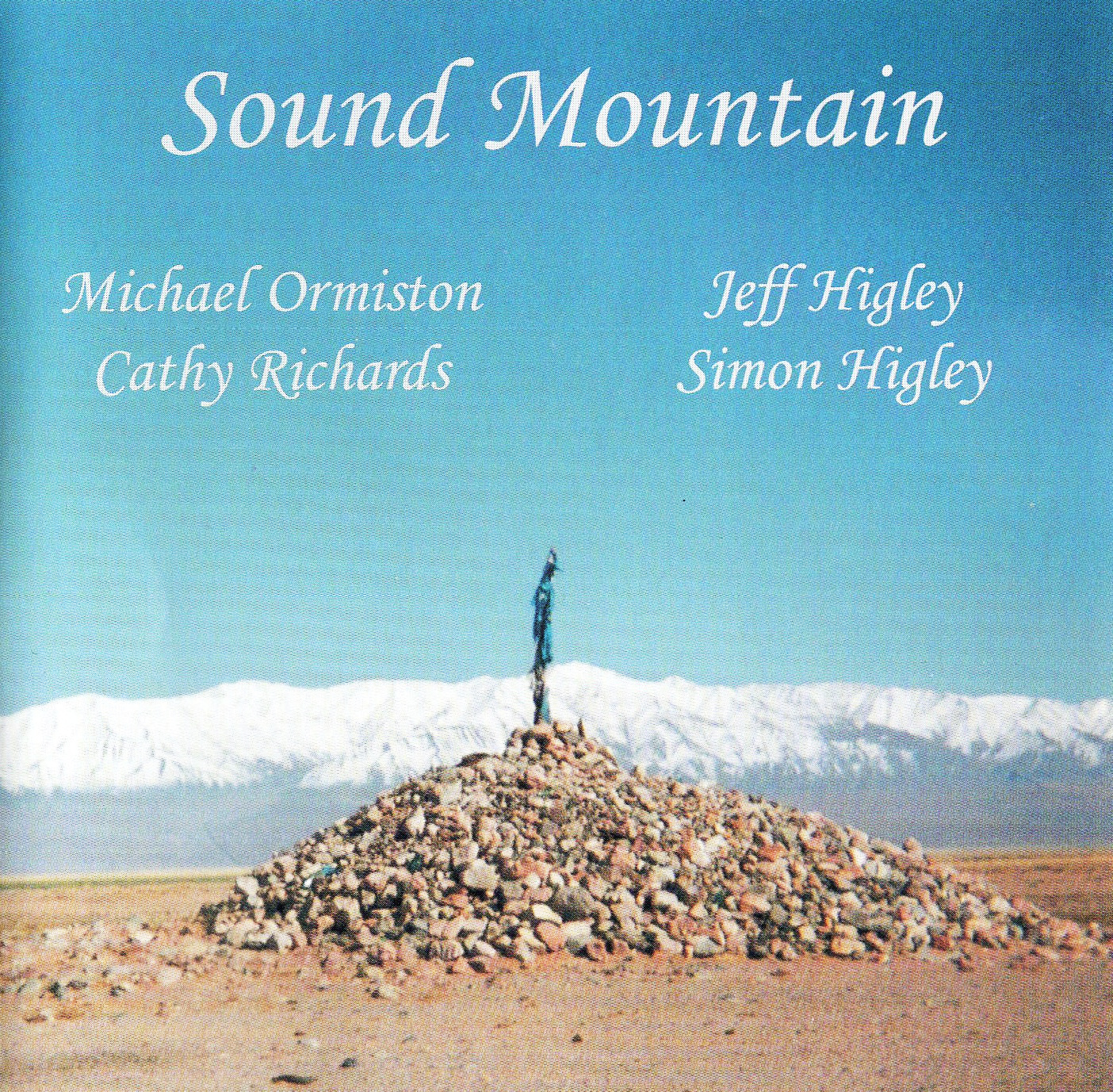 In the summer of 1997 Khöömii (overtone) singer Michael Ormiston  and environmental artist and musician Jeff Higley set out on a search for the semi-mythical “Sound Mountain” (Duut Uul) in the Altai Mountain range of West Mongolia. The nine diverse pieces reflect the extraordinary nature of their encounters with the Mongolian Nomads and their vast and endless landscape.

1.Sound Mountain - A mythical mountain, the search for which was the subject of our trip to Mongolia. It came to represent an “Inward” &“Outward” journey in which we encountered the Mongolian people & their landscape.
Jeff Higley – Didgeridoo, Simon  Higley - Djembe/Cymbal  Michael Ormiston - Morin Khuur/Throat singing, Cathy Richards - Bassoon.
2.Reflections in Black Water Lake - Sitting on a cliff by Black Water Lake in west Mongolia, reflecting.An  improvisation based on one of the traditional melodies about this huge lake.
Jeff Higley - Ocarina, Michael Ormiston - Esraj, Cathy Richards - Voice.
3.Enkh Mendyn Bayar - An arrangement of a traditional Mongolian long song (Urtyn Duu) melody, which is usually sung at the end of festivals. It is about peace and well being and is dedicated to Nathalie and Amina Anna.  Jeff Higley - Didgerido, Michael Ormiston - Morin Khuur, Alain Presencer - Voice/Tibetan Thigh Bone trumpet

Some of the instruments used on this album are familiar, some not so. A brief description of the more obscure ones follows:

Return to our other Cds